The 2018 Budget may already seem like old news. Things move quickly and eleven days is eleven eternities for the news cycle. We’ve seen all the headlines and read all the opinion pieces, and are now all working out how we’ll spend the extra money we’ll have in the new tax year. Right?

Well that may depend on how much you earn. Because whilst the news cycle has moved on to the next new thing, we have been deep in the detail of the 2018 Budget – and it seems the Chancellor may not have been as generous as first thought.

It’s fair to say not many people were expecting the early increase of the personal allowance to £12,500, and the higher rate threshold to £50,000. The more popular opinion was that both would be frozen at the 2018/19 levels to provide the Treasury with an increase in revenue without having to raise any taxes.

An employee earning £50,000 a year initially looks like they will be £860 better off – £260 from the personal allowance increase, and £600 from the higher rate threshold.

The early increases captured the attention, but were tempered by the additional announcement that they will also be frozen in 2020/21, with CPI indexation to be applied from 2021/22. So next year will see that value eroded by inflation.

You’d be forgiven for thinking increasing allowances and thresholds are unmitigated good news. After all, it’s all more money going into your pocket. It’s not so straightforward, however, once you factor in the other deductions and tax rules.

Take national insurance contributions (NICs). NICs will start to be paid once you earn £8,362 which is £3,868 before income tax applies from 2019/20. Since 2009/10 the upper earnings limit for NICs has moved in line with the higher rate threshold, which means employees lose half the tax savings from the increased higher rate threshold.

It gets worse if you are subject to the high income child benefit tax charge. The tapering of the child benefit charge for income between £50,000 and £60,000 creates a new marginal rate of 57.9% (58.9% in Scotland) for the band.

One of the curious consequences, for a Conservative government at least, is the impact on high earners. The personal allowance taper – a mechanism which removes the personal allowance for those earning over £100,000 a year – has a huge impact from the next financial year. 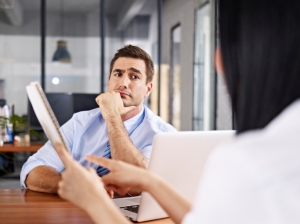 As impacts of the 2018 Budget continue to be revealed, we may ask ourselves if changes like those we’ve outlined reflect the issues of the UK’s complex tax architecture, or an elegant plan by Mr Hammond to raise revenue under the guise of tax giveaways.

Whatever the cause, the effects are clear, and will require specific planning outcomes for next year. As the old caveat says, tax laws can change and individual circumstances might just change how you look at your gift horse.

What Taxbriefs can do for you